Sometimes we can teach our children through the ordinary. We can help kids learn about St. Peter Claver on his feast day (September 9)  by checking your first aid kit. Your kids might say “What does a first aid kit have to do with a saint?” So be prepared to answer them.

St. Peter Claver was born in Spain in 1581.  He entered the Jesuits in 1601 and was eventually sent as a missionary to the New World, specifically Columbia.  At the time, Columbia was a hub for the slave trade.  When ships full of slaves arrived in Columbia, Peter asked the captains if he could bring food and medicine to the slaves.  He used his medical skills to ease their sicknesses. He brought African interpreters with him and told the slaves about Jesus and God’s love for them. He tried to bring them hope despite the despicable conditions they were facing. It is thought that he baptized over 300,000 slaves. He also publicly preached to sailors and slave traders about the dignity of the African people they were kidnapping. 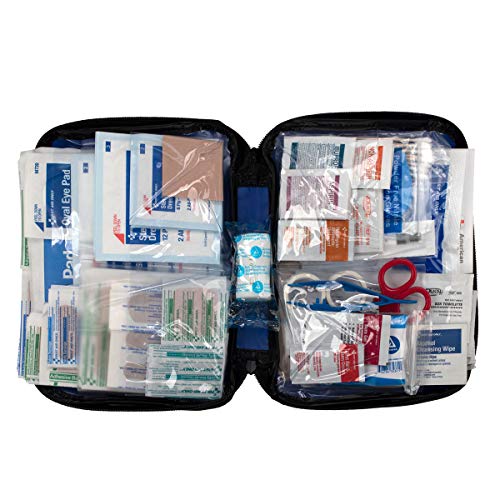 Get a first aid kit

So while you are checking your first aid kit with your kids, make sure the medicine hasn’t expired or run out. Look to see that there are plenty of band-aids. But also tell them about St. Peter Claver and how he gave “first aid” to the slaves, both physically and spiritually. And remind them to follow his example by looking out for well being of others.

I think St. Peter Claver might appreciate this way of remembering him on his feast day. As a Jesuit, he would have tried to live by St. Ignatius Loyola’s directive to “Find God in all things.” Even something as mundane as putting together a first aid kit can be a spiritual act which can bring us closer to God.

Learn more about this American saint.

Find out what the Red Cross says you should have in your home first aid kit.