The Parable of the Unforgiving Servant might be difficult for youth to understand. While slavery and servitude was common in the time of Jesus, the imagery will be unfamiliar to the youth of today. This retelling prepares youth to understand the message of this gospel. Reflection questions are also provided.

Mike was captain of the soccer team. He had always been a good example for the other players. He was on time for practices. He never missed a game. And he always came ready to motivate and encourage his teammates.

But lately something was different. He had been late twice for practice in the last week. And then he showed up late for a game. He seemed distracted.

His coach pulled him aside to talk to him. “Mike, you’ve been a great team captain, but lately you just haven’t seemed like you care. I hate to do it, but I think I’m going to have to replace you.”

Mike was really upset. Being team captain was really important to him and he was really proud of how he had handled the responsibility. He knew why he had been distracted lately, so he opened up to the coach.

“Coach, I’m really sorry. I recently found out that my grandma is sick and I’ve really been worried about her. I was late for the game because I took her to her doctor appointment and it took longer than I expected. And I know I have been distracted and late for practice. I’m really sorry. We have grandma’s care better organized now and I know I can still do my team captain duties the way I should.”

Coach was very understanding. “Mike, I’m sorry to hear about your grandmother. That must be really stressful for you. You can continue as team captain. If you think you are going to be late because you need to help care for your grandma, just tell me and we will work something out.”

Mike was really relieved. Coach was nicer to him than he deserved. He wished he had said something to Coach earlier.

The next week Joe, one of the players on Mike’s team, missed practice. Mike was furious. When he saw Joe the next day, he didn’t even let Joe get a word out. He said, “Joe, you are not a team player. You missed practice. You are benched for a week.”

Joe said, “Mike, I’m really sorry I missed the practice. My brother was in an accident and I had to go to the hospital with him. Thankfully he is OK now. It won’t happen again.” 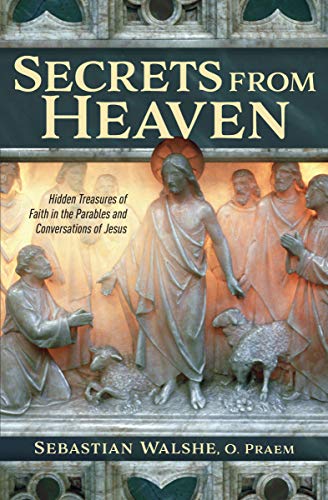 When some of the other players heard that Mike wanted to bench Joe, they went to Coach before Mike did. They told Coach the whole story. They thought it was unfair. Joe was a really reliable player. But he had to help his brother after the accident.

When Mike went to Coach and told him that he thought Joe should be benched, Coach already knew the whole story. He said to Mike, “One of the main jobs of the team captain is to improve team morale and help everyone work together. When we are a team, we care about each other. When you told me you were having problems because you had to help care for your Grandma, I wanted to work with you and help you succeed. But Joe missed one practice because his brother was in an accident. Instead of trying to see how you could support him, you wanted to punish him.”

Coach said, “I’m sorry Mike. Your attitude towards your teammates is not appropriate for a team captain. I’m replacing you.”

Now read the gospel of the parable of the unforgiving servant:

Matthew 18:21-35 (The parable of the unforgiving servant) – the Gospel Reading for the 24th Sunday in Ordinary Time – Year A

Peter approached Jesus and asked him, “Lord, if my brother sins against me, how often must I forgive? As many as seven times?”

Jesus answered, “I say to you, not seven times but seventy-seven times.

That is why the kingdom of heaven may be likened to a king who decided to settle accounts with his servants. When he began the accounting, a debtor was brought before him who owed him a huge amount. Since he had no way of paying it back,his master ordered him to be sold, along with his wife, his children, and all his property, in payment of the debt.

At that, the servant fell down, did him homage, and said, ‘Be patient with me, and I will pay you back in full.’

Moved with compassion the master of that servant let him go and forgave him the loan.

When that servant had left, he found one of his fellow servants who owed him a much smaller amount. He seized him and started to choke him, demanding, ‘Pay back what you owe.’

Falling to his knees, his fellow servant begged him, ‘Be patient with me, and I will pay you back.’

But he refused. Instead, he had the fellow servant put in prison until he paid back the debts.

Now when his fellow servants saw what had happened, they were deeply disturbed, and went to their master and reported the whole affair.

His master summoned him and said to him, ‘You wicked servant! I forgave you your entire debt because you begged me to. Should you not have had pity on your fellow servant, as I had pity on you?’

Then in anger his master handed him over to the torturers until he should pay back the whole debt. So will my heavenly Father do to you, unless each of you forgives your brother from your heart.”

Discussion for the Parable of the Unforgiving Servant

It might be hard for us to understand how Jesus describes God as somebody who owns servants. But this was common at the time and his audience would have understood this parable. So it is important to realize that the main point here is that we must forgive others as God has forgiven us.

We are going to talk a little bit about forgiveness now. You do not need to tell the circumstances of what happened in these cases. Only share what you want to.

Challenge for the Parable of the Unforgiving Servant

This week, look in your hearts and see if you are holding on to something that you need to forgive. It is OK to acknowledge that you have been hurt and to ask God to heal that wound. And remember that you don’t necessarily need to be friends with the person who has hurt you or interact with them. Ask God to help you let go of your wounds and truly forgive.

Articles related to the Parable of the Unforgiving Servant 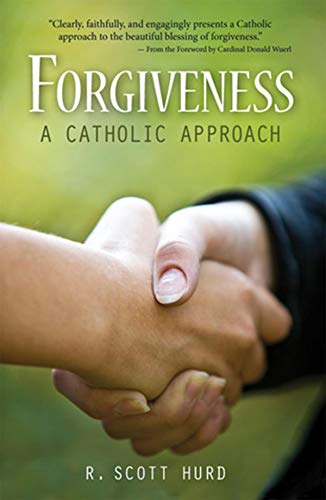