This reflection encourages youth to understand what they are saying when the Body and Blood of Christ are presented to them and they respond with an “Amen”.

What Does Amen Mean? – Reflection and Discussion QuestionsDownload

Start by playing Two Truths and a Lie. This is an icebreaker and a lead-in to a discussion about truth.

The other members of the group try to collectively guess which of the statements is not true. The person then tells them if they are right or wrong.

Then the next person tells two truths and a lie, until each person in the group has had a turn.

We heard some truths and some untruths in that game.

Truth is objective. Some things are true. Other things are not true. But how do we know what is true?

As Catholics, we look to scripture and the teachings of the Catholic Church to know what is true. We believe that Jesus spoke the truth and that that truth has been recorded in scripture and handed down through the apostolic tradition. Jesus, in fact gave this authority to the apostles and their successors:

He who hears you hears me, and he who rejects you rejects me.

Therefore, brothers, stand firm and hold fast to the traditions that you were taught, either by an oral statement or by a letter of ours.

When it comes to the Eucharist, Catholics believe that what we receive is the body and blood, soul and divinity of our Lord Jesus Christ. We don’t believe it is a symbol or a representation. We believe that Jesus truly makes himself present to us. And thus we treat the Eucharist with great reverence and care. 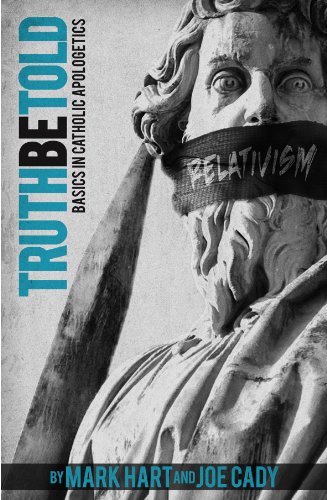 On the first day of the Feast of Unleavened Bread, when they sacrificed the Passover lamb, Jesus’ disciples said to him, “Where do you want us to go and prepare for you to eat the Passover?”

He sent two of his disciples and said to them, “Go into the city and a man will meet you, carrying a jar of water. Follow him.

Wherever he enters, say to the master of the house, ‘The Teacher says, “Where is my guest room where I may eat the Passover with my disciples?”‘ Then he will show you a large upper room furnished and ready. Make the preparations for us there.”

The disciples then went off, entered the city, and found it just as he had told them; and they prepared the Passover.

While they were eating, he took bread, said the blessing, broke it, gave it to them, and said, “Take it; this is my body.”

Then he took a cup, gave thanks, and gave it to them, and they all drank from it. He said to them, “This is my blood of the covenant, which will be shed for many. Amen, I say to you, I shall not drink again the fruit of the vine until the day when I drink it new in the kingdom of God.”

Then, after singing a hymn, they went out to the Mount of Olives.

In this gospel, Jesus tells us that the bread is his body and the wine is his blood. It Furthermore, this is reiterated in the epistles as an important belief of the early Church.

For I received from the Lord what I also handed on to you,  that the Lord Jesus, on the night he was handed over, took bread, and, after he had given thanks, broke it and said, “This is my body that is for you. Do this in remembrance of me.” In the same way also the cup, after supper, saying, “This cup is the new covenant in my blood. Do this, as often as you drink it, in remembrance of me.

And we affirm this believe during Mass, both during the Great Amen and when we say “Amen” when we receive communion. Saying “Amen” to the statement “The body of Christ” is more than a conclusion to a prayer. It means “truly” or “it is true” or “I agree”. It is a statement that you believe that the Eucharist is truly the body of Christ.

This week, when you receive Holy Communion, really think about what that “Amen” means when you say it. Ask for the grace of the Holy Spirit to strengthen your belief and deepen your understanding of the sacrament. 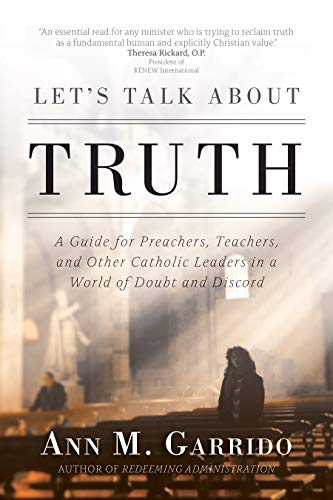