The Inexhaustible Hope of St. Monica

Why Did St. Monica say “Nothing is far from God”?

St. Monica was the mother of St. Augustine of Hippo. She was married to a pagan who was a cruel man and who would not allow her to baptize their children. She prayed for her husband and mother-in-law and eventually they converted. Augustine lived a worldly life and had no interest in practicing his mother’s Christian faith.

St. Monica persisted in prayer and fasting, and eventually her son not only became a fervent Christian, but became energized about spreading the faith. She is a model for women who pray for their families, especially for spouses and children who are not baptized or are not practicing the faith.

Her feast day is August 27.

St. Monica is the patron saint of married women, difficult marriages, difficult relationships with children, victims of adultery, and conversion of relatives.

Daily Mass Readings for the Memorial of Saint Monica

(Readings for the Memorial may also be taken from the Common of Holy Men and Women. 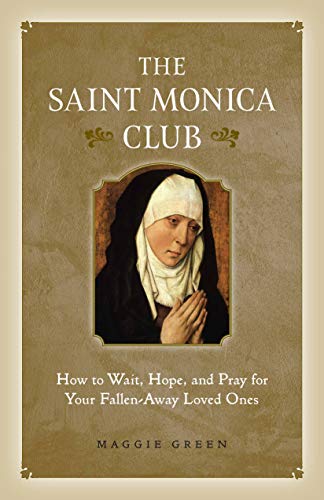 From Bishop Robert Barron. Even though petitionary prayer—asking God for something—seems simpler and more basic than contemplation, it’s more difficult to make sense of theologically. If God is omniscient, what is the point of telling him what you need? And if God cannot change, what is the point of asking him for anything? Continue reading.

The Inexhaustible Hope of St. Monica

Monica petitioned the Lord for years that he might intervene in the life of her son. When this intervention finally did take place, and Augustine came to know Christ and accepted a life as a disciple in the Church, Monica was overjoyed, but would not live long enough to see the full flowering of Augustine’s faith.

Petitionary prayer is the most common kind of prayer offered by the faithful, and though common, it is perhaps the most mysterious.

Nothing is far from God.

Why Did St. Monica say “Nothing is far from God”?

St. Monica was the mother of Augustine. She converted to the Christian faith. But her son lived a life which was far from Christian. She prayed and prayed for his conversion. She knew that even though Augustine seemed nowhere close to being a Christian, God could overcome that distance. And she was right. Augustine converted and became a fervent believer and defender of the faith. Yes, this is St. Augustine, who is one of the great doctors of the church.

This is a great lesson for parents everywhere. Pray for your children. Pray that they know God. Pray that they discern His will for them. Even if it seems impossible, it is not. God is close to them and speaks to them. We pray that our children hear His voice and grow close to Him.