Why Imitate this Saint?

St. Padre Pio, also known as Saint Pius of Pietrelcina, was a 20th century Capuchin friar and priest. He is known for his piety and charity.

He was born in Italy on May 25, 1887. He was the fourth of eight children. From a very early age he felt called to the religious life. He joined the Capuchin Franciscan Friars when he was only 15 years old. He was ordained at age 23 and became known as Padre Pio. He was an insightful spiritual counselor.

One morning after celebrating Mass, the wounds of Christ appeared in his hands and feet. These are called stigmata.

He also had many mystical experiences, including frequently seeing guardian angels and predicting that Karol Wojtyła, a priest, would ascend to “the highest post in the church” Karol Wojtyła later became Pope John Paul II.

Despite his extraordinary life, Padre Pio was known for his humility. He often lost himself in prayer and encouraged others to spend more time in prayer also. He felt that this deep connection to our Lord and the Blessed Mother helped him understand and follow God’s will, even when it was difficult.

Daily Mass Readings for the Memorial of Saint Pius of Pietrelcina, Priest 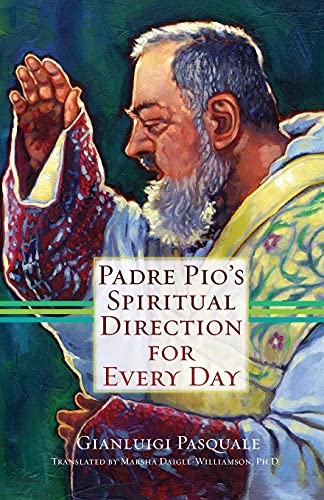 Learn from the wisdom of St. Padre Pio

The time spent for the glory of God and the salvation of souls is never spent badly.

Quote about St. Pius of Pietrelcina

Saint Pio of Pietrelcina devoted his whole life to prayer and patient listening to his brothers, on whose suffering he poured out the love of Christ as a balm. Imitating his heroic example, may we also become instruments of God’s love for the weakest.

Why Imitate this Saint?

Pope Francis reminds us that we should imitate this saint by focusing on the marginalized, weak, and forgotten.

Read even more about this saint in this article from Catholic News Service.

View a one hour documentary about St. Padre Pio.

Read about the Saints

Why do Catholics pay so much attention to the saints? They serve as examples for us. For youth, we can explain that they are our superheroes. Like the figures in Marvel comics, they are not perfect, but through the power of the Holy Spirit they were able to do amazing things.