St. Stephen was the first Christian martyr, which is why he is called Protomartyr.

Stephen was one of seven men who were chosen to be the first deacons. They ensured that food was distributed to the widows who spoke only Greek. He was known for his speaking abilities and the miracles he performed in the name of Jesus Christ.

Some people debated with him at the synagogue but Stephen was very good at explaining the Christian beliefs. When they could not win the arguments, they became very jealous. They had witnesses falsely testify that Stephen had been preaching in opposition to the Jewish law.

Stephen explained how all he said was in accordance with Jewish tradition, but the elders would not listen and became even more angry. While he was speaking, it is said that his face had the appearance of an angel.

They dragged him outside of the city and killed him by throwing stones at him. His execution was witnessed by Saul of Tarsus who had been persecuting Christians in the region. Saul later experienced a conversion and became St. Paul.

He is the patron saint of altar servers, casket makers  deacons, headaches, horses, and masons.

Mass Readings for the Feast of St. Stephen, First Martyr 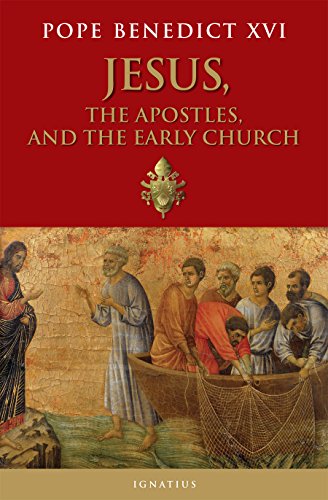 Read more about the apostles and the early Christians

Acts 6:1-7 (The First Deacons Are Chosen) – the First Reading for the 5th Sunday of Easter – Year A

As the number of disciples continued to grow, the Hellenists complained against the Hebrews because their widows were being neglected in the daily distribution.

So the Twelve called together the community of the disciples and said, “It is not right for us to neglect the word of God to serve at table. Brothers, select from among you seven reputable men, filled with the Spirit and wisdom, whom we shall appoint to this task, whereas we shall devote ourselves to prayer and to the ministry of the word.”

The proposal was acceptable to the whole community, so they chose Stephen, a man filled with faith and the Holy Spirit, also Philip, Prochorus, Nicanor, Timon, Parmenas, and Nicholas of Antioch, a convert to Judaism. They presented these men to the apostles who prayed and laid hands on them.

The word of God continued to spread, and the number of the disciples in Jerusalem increased greatly; even a large group of priests were becoming obedient to the faith.

What date Is the Feast of St. Stephen Protomartyr?

It is observed annually on December 26.

What are the Mass readings for the Saint Stephen, First Martyr?

Who was St. Stephen?

He was a deacon in the early Church. He was accused of blasphemy and stoned to death. His execution was witnessed by Saul of Tarsus who had been persecuting Christians in the region. Saul later experienced a conversion and became St. Paul.

Why is St. Stephen called Protomartyr?

Protomartyr means first martyr. He is called protomartyr because he was the first person to be martyred for being a Christian.

What is Boxing Day and why is it associated with St. Stephen?

On Boxing Day, it is traditional to box up things we don’t need and give them to the poor. This is done in honor of St. Stephen on his December 26 feast day, because he was tasked with feeding the Greek widows. Boxing Day is especially observed in Great Britain.

Who is St. Stephen the patron saint of?

He is the patron saint of altar servers, casket makers  deacons, headaches, horses, and masons.