St. Agatha lived in 3rd century Italy. She desired to be consecrated to the Lord and remain unmarried and able to be dedicated to a life of prayer. However she had many men who desired her.

This was a time when being a Christian was unlawful. One of these men, Quintianus, turned her in. The judge forced her to live in a brothel. But she still refused to marry. Quintianus had her sent to prison and tortured, and her breasts were cut off but she still would not consent. But the Lord ministered to her and cared for her. Miraculously, her wounds were healed. Quintianus was furious and had her thrown on a fire of hot coals and sharp objects. She perished, praising the Lord.

She is the patron saint of breast cancer patients, rape victims, and fire victims.

Daily Mass Readings for the Memorial of Saint Agatha, Virgin and Martyr 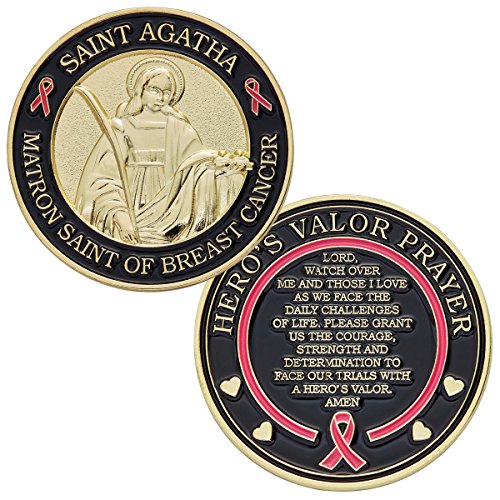 Get a St. Agatha Challenge Coin

Jesus Christ, Lord of all things! You see my heart, You know my desires. Possess all that I am – You alone. I am Your sheep. Make me worthy to overcome the devil.