March 17 is the Feast of St. Patrick.  It is interesting then that this beloved patron saint of Ireland was not actually born there. He was born in Britain and taken as a captive to Ireland.

While in captivity, he grew in faith. He eventually fled back to Britain, but after he escaped captivity he felt a deep call to return to Ireland. He felt that he lacked the education necessary for missionary work. But eventually he decided to trust in God and return to Ireland. He spread the faith throughout Ireland, instructing and baptizing people wherever he went.

He is especially known for using the image of the shamrock to explain the Holy Trinity.

St. Patrick is the patron saint of Ireland, engineers, and paralegals.

Books, Social Media Graphics, Resources, and Ideas for the Feast of St. Patrick 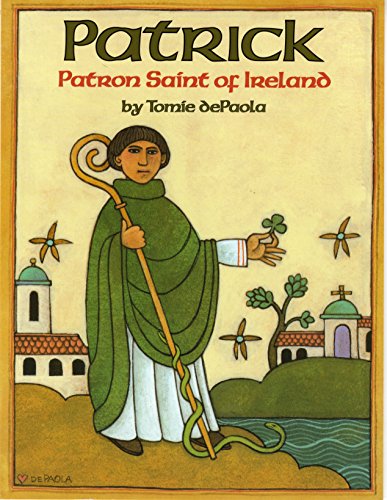 What Is the Trinity? LifeTeen Explains

God is an exchange of love. Why is it a mystery? Because we can’t know it unless God reveals us. God is one substance and three persons. God is love. All three persons in the Trinity are the same divine…

What Is the Trinity?

St. Patrick’s Breastplate is a prayer for protection and guidance. Christ is always with us providing us strength and wisdom.

The Lord Opened My Heart

“The Lord opened the understanding of my unbelieving heart, so that I should recall my sins.” – St. Patrick

Read About One Of The Saints

Saints are our Catholic heroes. They aren’t perfect, but they are beautiful examples of the path to holiness. So try reading about some of the saints. Our Catholic children need good role models.

God Watched Over Me

“God watched over me before I knew him, and before I learned sense or even distinguished between good and evil, and he protected me, and consoled me as a father would his son.” – St. Patrick

115 Saintly Fun Facts is a delightful way to look at the saints. So many books focus on how they died or what they suffered. This book focuses on what was really special and unique about these saints.

This book by beloved children’s author Tomie DePaola tells the story of St. Patrick. It tells how this saint was sold into slavery in Ireland and eventually returned.