St. John Bosco was a priest, educator, and founder of the Salesians, an order inspired by the example of St. Francis de Sales. His feast day is January 31. He devoted his life to educating disadvantaged youth and juvenile delinquents. He felt that love was more important in teaching than punishment. This method became known as the Salesian Preventative System. One of his students was St. Dominic Savio.

His work would often take him to rough neighborhoods. On more than one occasion, when he was threatened, a grey dog would appear to protect him. The dog left when the danger passed. Don Bosco called the dog Grigio which means “the grey one”.

He is the patron saint of editors, school children, publishers, young people, juvenile delinquents, and magicians. 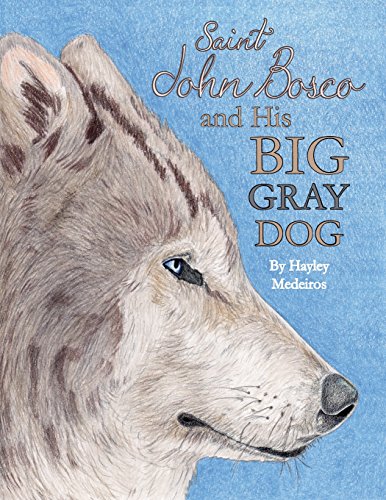 Act today in a way that you need not blush tomorrow.

This quote from St. John Bosco reminds us to think before we act.

And as disciples of Christ, it is also important to try to be good models of our faith to others, especially youth. Youth can spot hypocrisy and will turn us off if our actions are not consistent with our words.

Learn more about the Salesians

The Salesians of Don Bosco are a community of brothers and priests founded by St. John Bosco. Their primary mission is education, especially for poor and at risk youth.

Saint John Bosco, father and teacher of the young, did not shut himself up in the sacristy. He went out into the streets to look for young people, with the creativity that was his hallmark.