This reflection will help youth reflect on the sentencing of Jesus from the Passion of Jesus Christ. It is written to go with the Passion from the Gospel of Mark, which is used in Year B. It works well if one person reads the scripture and another reads the meditation.

Printable copy of Where Have You Been? – Reflection and Discussion Questions on the Passion of Jesus ChristDownload

We are going to read part of the Passion of Jesus Christ from the Gospel of Mark. Then we are going to put ourselves in the scene. We will do this in parts, first reading a few verses and then describe what we might experience if we were there.

They led Jesus away to the high priest, and all the chief priests and the elders and the scribes came together. Peter followed him at a distance into the high priest’s courtyard and was seated with the guards, warming himself at the fire.

It is very early in the morning and is still dark. You find yourself in a courtroom.  There are candles burning, but the light is dim. If you stay to the side, nobody will see or notice you. As you made your way in, you recognized a few of Jesus’ other followers there. But they either don’t enter the main courtroom, or they stay in the shadows, and away from the center, where the priests and elders have gathered.

The chief priests and the entire Sanhedrin kept trying to obtain testimony against Jesus  in order to put him to death, but they found none. Many gave false witness against him, but their testimony did not agree. Some took the stand and testified falsely against him,  alleging, “We heard him say, ‘I will destroy this temple made with hands and within three days I will build another not made with hands.’” Even so their testimony did not agree.

The testimony of the witnesses is all wrong. Some are twisting his words to make them mean something else. Others are just lying. You could go forward and speak up for Jesus. You could set the record straight. But there are a lot of guards here. And you look at Jesus. His hands are tied. He is in serious trouble. You convince yourself that there is nothing you can do to change the situation. So why even try?

The high priest rose before the assembly and questioned Jesus, saying, “Have you no answer? What are these men testifying against you?” But he was silent and answered nothing.

Why doesn’t Jesus say anything? He should tell them that he didn’t really mean everything he said. Maybe he could convince them to let him go. But he is silent. The priests seem so angry. They ask if there are any other witnesses. You wait to see if anyone else comes forward. Maybe if one or two of Jesus’ other disciples would speak for him, then you would say something also. But there is nothing but silence. 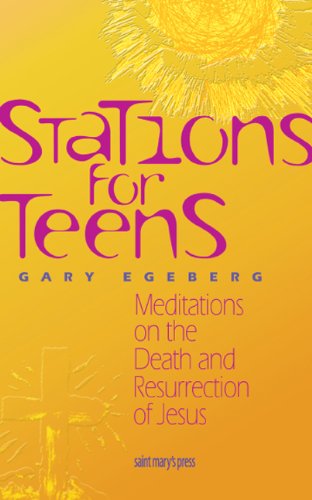 Again the high priest asked him and said to him,  “Are you the Christ, the son of the Blessed One?” Then Jesus answered, “I am; and ‘you will see the Son of Man seated at the right hand of the Power and coming with the clouds of heaven.’” At that the high priest tore his garments and said, “What further need have we of witnesses? You have heard the blasphemy. What do you think?”

You can’t believe your ears. He said it so softly, but with such confidence. Why did he say that? Now they are really upset. And blasphemy means death!  You shrink as far back into the shadows as you can. Your back is pressed against the stone wall. It is cold and hard.

They all condemned him as deserving to die. Some began to spit on him. They blindfolded him and struck him and said to him, “Prophesy!” And the guards greeted him with blows.

Your heart breaks as you hear the death sentence. And then they start to abuse him and make fun of him. His head is bleeding where they struck him. You’d like to go wipe his face, but you know they would probably hit you also. Or even worse, arrest you. So you stay where you are.

While Peter was below in the courtyard, one of the high priest’s maids came along. Seeing Peter warming himself, she looked intently at him and said, “You too were with the Nazarene, Jesus.” But he denied it saying, “I neither know nor understand what you are talking about.” So he went out into the outer court. Then the cock crowed.

Peter is supposed to be a leader. Jesus said so himself. If Peter doesn’t speak up, then why should you? If only somebody would say or do something.

The maid saw him and began again to say to the bystanders, “This man is one of them.” Once again he denied it. A little later the bystanders said to Peter once more, “Surely you are one of them; for you too are a Galilean.” He began to curse and to swear,  “I do not know this man about whom you are talking.” And immediately a cock crowed a second time. Then Peter remembered the word that Jesus had said to him, “Before the cock crows twice you will deny me three times.” He broke down and wept.

You are disappointed in Peter. But as you see Peter weeping, you realize that he is disappointed in himself. Like you, he’d like to do something, but he lacks the courage. Then you feel a wet tear running down your own cheek.

As soon as morning came,  the chief priests with the elders and the scribes, that is, the whole Sanhedrin held a council. They bound Jesus, led him away, and handed him over to Pilate.

They lead Jesus past you. He is bloody and bruised. His eyes are downcast. You follow at a distance as they walk toward the governor’s palace. The sun has risen, but you are cold. The road seems especially dusty and rocky. As you walk along, you can hear the people ahead yelling at Jesus. But what can you do? You are just one person. 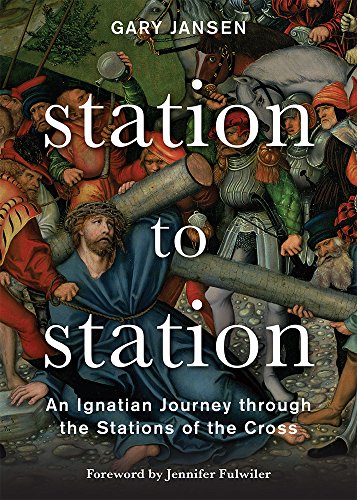 Try these Ignatian Stations of the Cross

Now Jesus is silent again. He seems defeated. You have seen him work mighty miracles in the past. Why doesn’t he do something now. Perhaps they would be afraid to execute him then. You almost want to step forward and suggest it, but you don’t.

Now on the occasion of the feast he used to release to them one prisoner whom they requested. A man called Barabbas was then in prison along with the rebels who had committed murder in a rebellion. The crowd came forward and began to ask him to do for them as he was accustomed. Pilate answered, “Do you want me to release to you the king of the Jews?” For he knew that it was out of envy that the chief priests had handed him over.

At last! There is a chance Jesus could be released. You feel some relief . You didn’t have to say anything after all. Everything will work out just fine.

But the chief priests stirred up the crowd to have him release Barabbas for them instead. Pilate again said to them in reply, “Then what do you want me to do with the man you call the king of the Jews?” They shouted again, “Crucify him.” Pilate said to them, “Why?  What evil has he done?” They only shouted the louder, “Crucify him.”

Once again, your heart sinks. The priests are never going to let Pilate release Jesus. Everyone around you is raising their fists in the air and shouting “Crucify him!” An especially burly man next to you is doing it with enthusiasm. He looks at you and seems to notice that you are silent. He even stops yelling as he gives you a hard stare. You become afraid. Is he going to start a fight with you or turn you in. Timidly, you raise your fist in the air. He is still staring. Then you say “crucify him”, but not very loud. He is still staring. Finally you say it a little louder. He seems satisfied and continues with his own chant.

So Pilate, wishing to satisfy the crowd, released Barabbas to them and, after he had Jesus scourged, handed him over to be crucified. The soldiers led him away inside the palace,  that is, the praetorium, and assembled the whole cohort. They clothed him in purple and,  weaving a crown of thorns, placed it on him. They began to salute him with, “Hail, King of the Jews!” and kept striking his head with a reed and spitting upon him. They knelt before him in homage. And when they had mocked him, they stripped him of the purple cloak, dressed him in his own clothes, and led him out to crucify him. 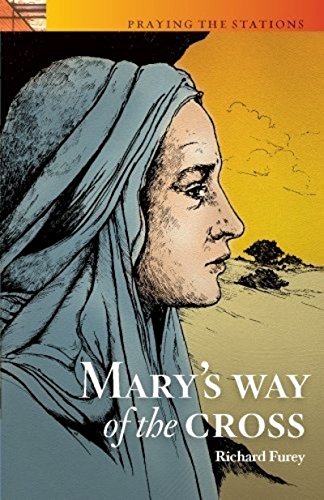 Walk the Way of the Cross with Mary

As they walk past you, Jesus turns to you and says, “My beloved friend, where have you been? I’ve been looking for you. Just the sight of your face gives me strength. You cannot change where I need to go, but you can go with me, so I do not have to be alone.’

How do you answer Jesus?

Jesus, I know sometimes I lack the courage to do what is right. I convince myself that my efforts won’t make a difference anyway. I fear what others will think. Please forgive my weakness. Send your Holy Spirit to give me courage. I want to walk with you.