St. Elizabeth Ann Seton was born in 1774 in New York City. She came from a wealthy family and was raised in the Episcopal Church. She married William Seton, a successful businessman, and had five children. She also cared for her husband’s younger siblings after her father-in-law passed away. Her husband’s company declined and he eventually declared bankruptcy. He also suffered from tuberculosis. The family moved to Italy, where the weather was thought to be better for William’s health, but he died in 1803. The many difficulties which Elizabeth suffered during this period brought her to a deep love of God and an embrace of His will. She also developed a deep devotion to the Eucharist as the Bread of Life. This eventually led her to the Catholic Church. She moved back to New York and was received into the Church there in 1805.

But that is not the end of her story. She moved to Maryland and founded a Catholic girl’s school there. This was the first free Catholic school in America. She also founded a religious congregation to teach at the school and care for the children. Because of this, St. Elizabeth Ann Seton is considered the founder of the parochial school system in the United States. 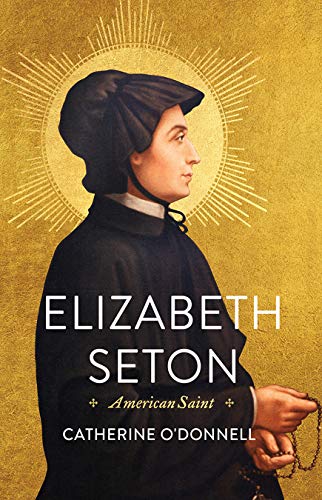 Get a biography of St. Elizabeth Ann Seton

Elizabeth died of tuberculosis on January 4, 1821. She is the patron saint of Catholic schools, and widows.

“Live simply, so that all may simply live.” – St. Elizabeth Ann Seton