St. Damien of Molokai was born in Belgium in 1840. He became a priest there, but later he volunteered to be a missionary to Molokai in Hawaii. There was a colony of people afflicted with leprosy (Hansen’s disease) there. Because of fear of the disease, these people were isolated from other communities. Fr. Damien ministered to the people in the settlement and did a great deal to improve living conditions there. He himself contracted leprosy and eventually died in 1889.

St. Damien of Molokai is the patron saint of people with leprosy and outcasts. His feast day is May 10.

Find articles, social media, and other resources for St. Damien of Molokai below. 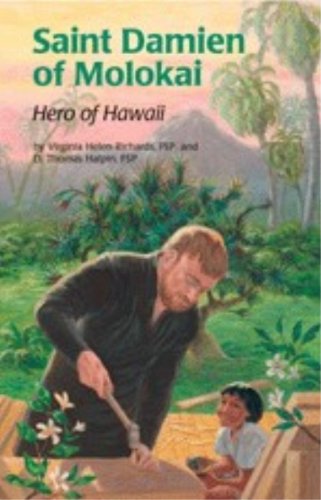 The American Saints Activity series helps families learn more about American saints in hopes that they will look to them as role models. One of the offerings in the series is based on the life of St. Damien of Molokai.