About This Lesson Plan on Superpowers

This Superpowers lesson plan will help youth understand what it means to be clothed in power.

Superpowers – A Lesson Plan on Being Clothed in Power

Start this lesson plan by playing Would You Rather? (See the instructions.) Use questions related to superheroes:

It is fun to think about having superpowers. That might be why we love stories about superheroes and villains. But this week’s gospel does tell us that we have special powers.

Scripture Reading for Lesson Plan on being Clothed in Power

Luke 24:46-53 (Jesus promises that we will be clothed in power) – the Gospel Reading for the The Ascension of the Lord – Year C

Jesus said to his disciples:

“Thus it is written that the Christ would suffer and rise from the dead on the third day and that repentance, for the forgiveness of sins, would be preached in his name to all the nations, beginning from Jerusalem. You are witnesses of these things.

And behold I am sending the promise of my Father upon you; but stay in the city until you are clothed with power from on high.”

Then he led them out as far as Bethany, raised his hands, and blessed them. As he blessed them he parted from them and was taken up to heaven. They did him homage and then returned to Jerusalem with great joy, and they were continually in the temple praising God.

Discussion for the Superpowers Lesson Plan

Jesus promises us we will be clothed in power. Like a superhero in a cape! But our powers do not come from within ourselves. They come from the Holy Spirit.

Jesus tells his disciples not to leave Jerusalem until they are “clothed with power from on high.” And when does this happen? Pentecost! The ascension of Jesus, which happens on the 40th day after Easter, is taking place in this gospel reading. Pentecost will take place ten days later.

And at Pentecost, some spectacular things happen. Tongues of fire appear over their heads. They are encircled by a rushing wind. They speak in foreign languages. But that is not the most amazing thing.

After seeing Jesus die a cruel and agonizing death, the Holy Spirit gives them the superpower of courage. They know that speaking up and telling others could result in persecution and death for them also. But after Pentecost, they are empowered to go and spread the Good News despite the risk. 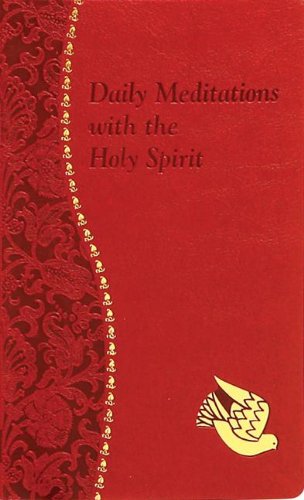 Live by the Spirit with daily meditations

These are the times when we need to ask the Holy Spirit to clothe us in power. Say a simple prayer of “Come Holy Spirit”. Trust that you are not alone. If possible, ask another friend to pray with you.

Then put on that superhero cape which the Holy Spirit gives you and act boldly.

Reflection Questions for the Clothed in Power Lesson Plan

Challenge for the Superpowers Lesson Plan

Whenever you find yourself in a situation where you know what the right thing to do is, but you are anxious, just pray a simple “Come Holy Spirit.” Breathe in your superpower from the Spirit. Do this several times if necessary.

Prayer for the Lesson Plan on Superpowers

Conclude by praying the Litany of the Gifts of the Holy Spirit. 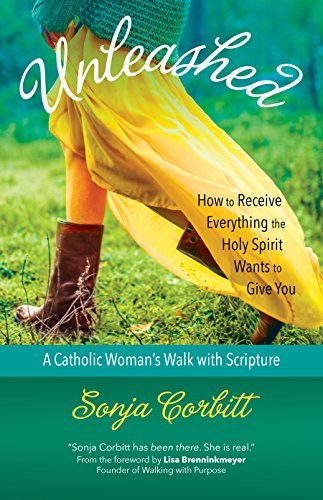 See the Spirit at work in your life

Litany of the Gifts of the Holy Spirit

This prayer asks for the Gifts of the Holy Spirit. It is in the form of a litany, which is a prayer where there is a prompt and then a response.

This very funny Family Feud moment will add some humor and energy to this lesson plan.