About This Lesson Plan on Seeing Others

This Invisible lesson plan will help youth understand the importance of really seeing others and noticing what is going on in their lives. Sometimes we are so wrapped up in what is important to us that we don’t see the needs of those around us.

Invisible – A Lesson Plan on Seeing Others

Start this lesson plan by playing Spot the Difference. This game tests how observant the youth are. (See the complete instructions.)

Normally, you wouldn’t notice a lot of the changes which were made. Since you were expecting it, you were probably being more observant than usual. But we don’t usually pay that much attention. In fact, sometimes the people around us seem almost invisible.

Scripture Reading for Lesson Plan on Seeing Others

Jesus said to the Pharisees: “There was a rich man who dressed in purple garments and fine linen and dined sumptuously each day.

And lying at his door was a poor man named Lazarus, covered with sores, who would gladly have eaten his fill of the scraps that fell from the rich man’s table. Dogs even used to come and lick his sores.

When the poor man died, he was carried away by angels to the bosom of Abraham.

The rich man also died and was buried, and from the netherworld, where he was in torment, he raised his eyes and saw Abraham far off and Lazarus at his side.

And he cried out, ‘Father Abraham, have pity on me. Send Lazarus to dip the tip of his finger in water and cool my tongue, for I am suffering torment in these flames.’

Abraham replied, ‘My child, remember that you received what was good during your lifetime while Lazarus likewise received what was bad; but now he is comforted here, whereas you are tormented. Moreover, between us and you a great chasm is established to prevent anyone from crossing who might wish to go from our side to yours or from your side to ours.’

He said, ‘Then I beg you, father, send him to my father’s house, for I have five brothers, so that he may warn them, lest they too come to this place of torment.’

But Abraham replied, ‘They have Moses and the prophets. Let them listen to them.’

He said, ‘Oh no, father Abraham, but if someone from the dead goes to them, they will repent.’

Then Abraham said, ‘If they will not listen to Moses and the prophets, neither will they be persuaded if someone should rise from the dead.'”

Discussion for the Invisible Lesson Plan

So the rich man was living the dream every day. And there at his doorstep was Lazarus, a mess of sores, starving, and miserable. The rich man must have passed by him frequently. We don’t know if the man really didn’t notice Lazarus or if he just didn’t care. In either case, he managed to make Lazarus invisible.

Then they both die. In a reversal of fortune, Lazarus is now in comfort and the rich man is in misery. Now he sees Lazarus. He wants a drop or two of water from him. When he learns that is not possible, he begs to have Lazarus go warn the rest of his family. But it is too late. 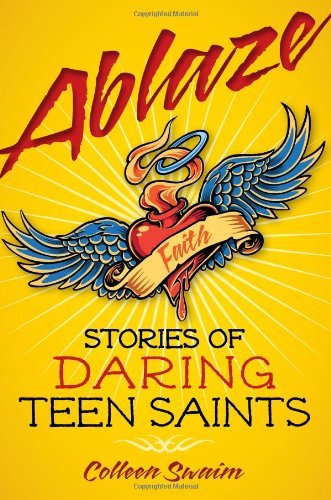 Learn about some courageous teen saints

While they were still alive, Lazarus wasn’t important to the rich man. What did he have to offer? Not status or wealth or anything the man wanted. Just a little attention from the rich man could have improved Lazarus’ situation immensely. But the rich man just ignored Lazarus when he begged for help.

This can be true in our lives also. Sometimes we just don’t notice our peers or pay attention to them. We make them invisible. Think about the people outside of your regular group of friends.

There is that girl who always seems to be alone at lunchtime. Perhaps you could say hello and ask her if she’d like some company instead of sitting with your usual group.

There is that oddball kid who always seems to want to talk about what he has been doing lately. Take some time to pay attention to him and really listen to what he is saying.

There is the girl who is looking at the callback list for the play tryouts and seems really upset. Go up to her and pay her a compliment about something you notice about her.

Reflection Questions for the Lesson Plan on Seeing Others

Challenge for the Invisible Lesson Plan

This week, try to pay more attention to people outside of your friend group. When you notice them, try to greet them or say something nice to them.

Prayer for the Lesson Plan on Seeing Others

Offer prayer intentions for the people in our lives. Consider using this Prayer to Love One Another as a closing prayer. 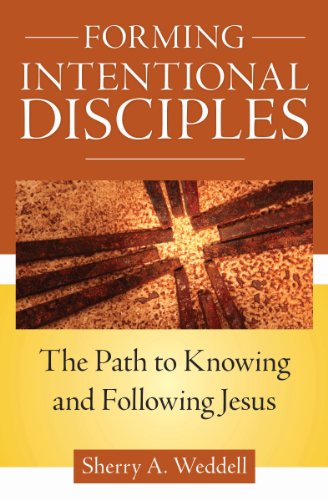 PDF copy of Invisible – A Lesson Plan on Seeing OthersDownload

A Prayer to Love One Another

Jesus tells us to love one another as he loves us. That is not easy! This Prayer to Love One Another asks for the grace to do just that.

This song by Steve Angrisano goes well with this lesson plan about seeing others who are invisible.