What Are You Waiting For?

The Solemnity of the Nativity of St. John the Baptist is celebrated on June 24.

He is the patron saint of converts, epileptics, nurses, monastic life, tailors, booksellers, printers, heart patients, and firefighters. He is also the patron saint of many locations, including Jordan, Puerto Rico, French Canada, Newfoundland, Florence, and Genoa.

Mass During the Day 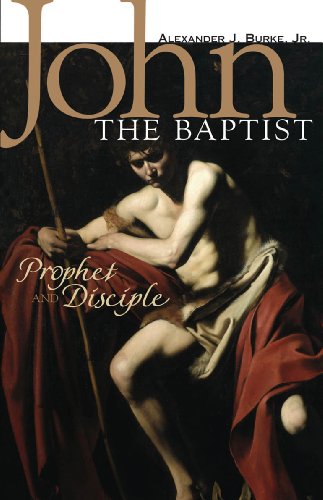 This Cry Out lesson plan will help youth understand who this prophet was and the role he played in making the way for Jesus.

In this litany, we ask this saint by his many titles and roles to pray for us so we can be more like him.

What Are You Waiting For? Reflection and Discussion Questions

This discussion and set of reflection questions helps youth consider his message that “One mightier than I is coming after me.” Some things are worth waiting for.

Jeff Cavins speaks of how St. John the Baptist was a “polished arrow in the quiver of the Lord” and explains how we can be one as well.

A Tale of Two Births

The first two chapters of Luke’s Gospel alternate between stories of two births. One is the annunciation and birth of John the Baptist, who was, for Luke, the last great prophet of the Old Testament and who prepared the way for someone greater than any prophet—Jesus the Messiah. Continue reading.

Radical Conformity: The Wild Faith of John the Baptist

You can almost hear polite society whisper to him, “There are customs, John. There are ways of doing things. Surely, your life can be a bit easier if you simply go along a bit. Clean yourself up. Wait your turn. Soften your message. We’ll introduce you to the right people. And in time, John—in time—you’ll earn credibility and people will begin to listen to you and even admire you. Now, wouldn’t that be nice, John? Wouldn’t that be easier?”  Continue reading.

John the Baptist as the ideal patron saint of the untold blessings that flow from a life of holiness. Because of his words and witness, John is ideally placed to direct us on these three pathways—to keep us centered on Christ, to remind us that we are sinners, and to help us realize that our lives are not about us but about God’s purposes for us. Continue reading.

He must increase; I must decrease.