Mass Readings for the 26th Sunday in Ordinary Time Year A

Themes for the 26th Sunday in Ordinary Time Year A

The readings for the 26th Sunday in Ordinary Time Year A focus on staying on the path of discipleship. When we do sin, we need to turn back to God. He will show us the way. It requires a humble heart to admit we have sinned and seek to get back on the right path. Christ is our model of obedience and humility.

See the Homilies and Reflections section and the More Thoughts section for further expansion on these readings and some reflection questions for the 26th Sunday in Ordinary Time Year A. 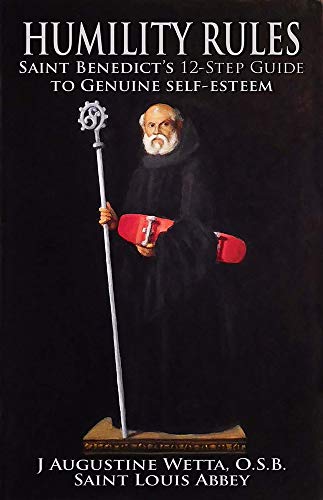 Learn how humility leads to self-esteem

Resources for the 26th Sunday in Ordinary Time Year A

This lesson plan on the Parable of the Two Sons helps us consider that we cannot just say we are Christians. We must also act. And we must sometimes have the humility to admit we were wrong and then do the right thing.

Go to a Prayer Labyrinth

A prayer labyrinth is a circle with a path in it which you walk while you pray. It is not a maze. There is only one route through a labyrinth. The purpose of the labyrinth is to facilitate prayer.

Jeff Cavins discusses how we can determine if we really believe in Christ.

In the Form of God

From Bishop Robert Barron. “Some skeptics suggest the divinity of Jesus is a myth, or a later invention of the Church, that Jesus was nothing more than an ordinary man or great teacher. But in today’s text from St. Paul, an exceptionally early text traced to within a handful of years of Jesus’ death, we find a clear declaration of the contrary. Jesus is described as being in the “form of God,” a staggering claim that affirms his divinity. Yet even still, he did not grasp at his godliness, but emptied himself and took the form a slave.”

From Scott Hahn. “Echoing the complaint heard in last week’s readings, today’s First Reading again presents protests that God isn’t fair. Why does He punish with death one who begins in virtue but falls into iniquity, while granting life to the wicked one who turns from sin?” Continue reading.

From Fr. Richard Rohr of the Center for Action and Contemplation. “You can hear this message very clearly in his parable of the two sons in Matthew 21:28-31: One son says he won’t work in the vineyard, but then does, while the other says he will go, but in fact doesn’t. Jesus told his listeners that he preferred the one who actually goes, although saying the wrong words, over the one who says the right words but does not act. How did we miss that?” Continue reading.

More Thoughts for the 26th Sunday in Ordinary Time Year A

Today we are asked to consider what makes more of an impact: words or actions. And perhaps, more importantly, do we allow ourselves to be transformed? We can appear to do what is right, but in truth be doing what is wrong. We can seem to respond to the call of God, but actually just be paying lip service.

Our hearts and our intentions matter more than our knowledge and our words. The truth of our lives is in what we do rather than what we know. Nobody cares what you know until they know that you care.

We can take great comfort in this. Even though we have refused the initial invitation, we still have a chance to do what is right. No matter what we have said, we can still respond to God’s invitation to serve.

Reflection Questions for the 26th Sunday in Ordinary Time Year A

Have in you the same attitude that is also in Christ Jesus, who, though he was in the form of God, did not regard equality with God something to be grasped. Rather, he emptied himself, taking the form of a slave, coming in human likeness; and found human in appearance, he humbled himself, becoming obedient to the point of death, even death on a cross.

What are the Mass readings for Sunday, October 1, 2023, the 26th Sunday in Ordinary Time Year A?

What Are the themes for the Mass readings for Sunday, October 1, 2023, the 26th Sunday in Ordinary Time Year A?