St. John of the Cross

St. John of the Cross

St. John of the Cross was a sixteenth century mystic and poet who worked with St. Teresa of Avila to reform the Carmelite order. He is known for his many writings, especially his poetry, and is a Doctor of the Church.

Shortly after his ordination to the priesthood in 1567, he met St. Teresa of Avila, a Carmelite nun. She was seeking to reform the order, which had relaxed it’s practices. John joined her in this effort.

In 1568, he established a monastery where the stricter rules would be followed. At this time, he took the name “John of the Cross”. A few years later, he had a vision of Christ on the cross, as if seen from above. He made a sketch of the image and it was kept in a monstrance.

While the representative of the pope in Spain favored the reforms of John and Teresa, the superiors of the Carmelite order did not. The superiors ordered John to leave Avila, which meant an end to his reform work. He refused.

in 1577, a group of Carmelites who opposed the reform broke into John’s house and took him before a court of friars. He was found guilty of disobedience. He was beaten and imprisoned in a tiny cell.

While in prison, he wrote beautiful poetry, much of it describing the soul as the bride of Jesus Christ. The poem The Dark Night, describes how the soul journeys from the body to union with God.

He escaped the prison in 1578. Though his health had suffered greatly during his confinement, he continued his efforts at reform. Eventually Pope Gregory decreed that a separate order of Carmelites, called the Discalced Carmelites, which followed the reformed rules could be formed.

St. John of the Cross is the patron saint of contemplatives, mystics, and Spanish poets.

Mass Readings for the Memorial of Saint John of the Cross, Priest and Doctor of the Church 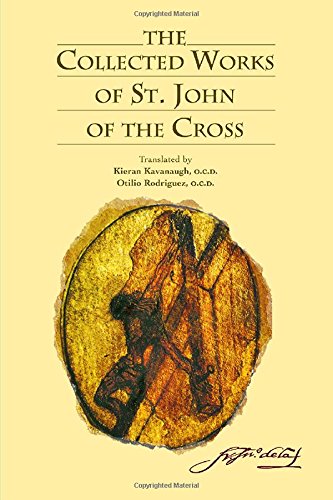 Read the poetry of St. John of the Cross

During his time in prison, he composed a poem called The Spiritual Canticle. Part of this poem goes:

“We must dig deeply in Christ. He is like a rich mine with many pockets containing treasures: however deep we dig we will never find their end or their limit. Indeed, in every pocket new seams of fresh riches are discovered on all sides.”

This portion can be a beautiful prayer on its own.

What date Is the Feast of St. John of the Cross?

It is observed annually on December 14.

What are the Mass readings for the Saint John of the Cross, Priest and Doctor of the Church?

Who was St. John of the Cross?

St. John of the Cross was a sixteenth century mystic and poet who worked with St. Teresa of Avila to reform the Carmelite order. He faced opposition and even imprisonment for his work.

Who is St. John of the Cross the patron saint of?

He is the patron saint of contemplatives, mystics, and Spanish poets.