Looking for pirate games? The Pirate Peg Legged Race is basically a three legged relay race with a few other things thrown in for some pirate fun!

This race works well for all ages, so it is suitable for a VBS program, youth group, or youth ministry camp. Our Vacation Bible School often comes up with “extra” games in case something doesn’t work out. This would be a perfect game for that situation, especially if you are focusing on pirate games.

Pirate games wet variation: Instead of using the treasure as listed below, use water. Let them carry it in their hats. In this pirate game variation, the treasure chest is a bucket they need to fill. 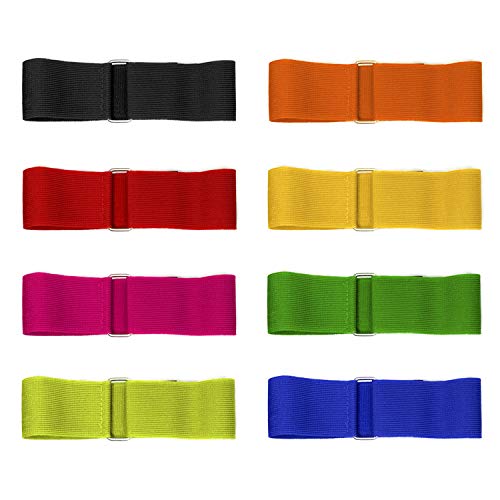 Get a set of three-legged race bands

Mutiny is a game which I have also heard called “human pinata”. In this game, the little pirates chase around the captain and steal his candy. This is a great outdoor game for VBS or youth group. Add it to your list of pirate games.

Treasure Islands is a game very like Musical Chairs. Use it for your treasure, pirate, or nautical themed Vacation Bible School , church camp, or youth group party. For younger VBS groups you can put the “islands” closer together. For older students, place them farther apart so they have to do a little running.

Davy Jones Locker is a simple game for young children at Vacation Bible School or church camp. In this game you fish men and treasure out of the sea. Even the youngest children at VBS will enjoy this one. Everyone gets to keep whatever they fish out.