About the Solemnity of Christ the King Year B

The readings for the Feast of Christ the King Year B speak of heavenly battles and being prepared. In the first reading Daniel foretells the Son of Man coming to rule the world with an unending kingship. The second reading from the Book of Revelation describes our king coming in glory. And in the gospel, Pilate questions Jesus about his kingdom and Jesus reveals that it is not like a worldly kingdom.

So as we celebrate the Solemnity of Christ the King Year B, we could speak of the kingship of Christ or the book of Revelation.

Solemnity of Christ the King Year B

Mass Readings for the Solemnity of Christ the King Year B

Themes for the Gospel for Christ the King Year B

Extended themes can be found at the bottom of this post.

The kingship of Jesus is completely different than that of the world: He did not come to dominate but to serve. He did not come amid signs of power, but with the power of signs. He is not like other kings, but he is King for the others. 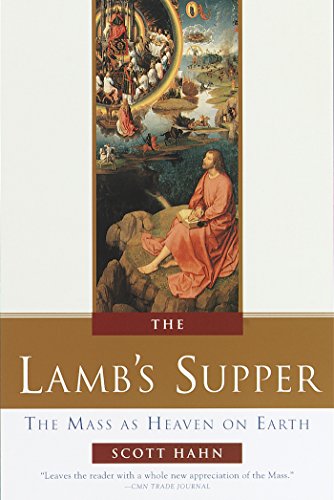 Learn more about the Book of Revelation

Related Resources for Christ the King Year B

This lesson plan will help youth consider how they can be more committed to serving Christ the King.

Prayer to Christ the King

This can also be prayed as a novena. Start it two Saturdays before this solemnity to end on the Feast of Christ the King.

Prayer to God the King

This prayer is based on Psalm 93, which is the responsorial psalm for this weekend. It praises God for His dominion over all.

In this game, youth try to form kingdoms. The largest kingdom at the end wins!

This is an active game involving running and paper crowns.

Understanding the Book of Revelation

Many find this a difficult book to understand. But for Catholics it makes perfect sense.

“I am the Alpha and the Omega, ” says the Lord God, “the one who is and who was and who is to come, the almighty.”

Scott Hahn reflects that the kingdom of Christ is not of the world but it exists in the Church.

Language Fit For A King

Bishop Robert Barron reflects on the language for the celebration of Mass in the Roman Missal addresses our Lord as a King.

The Truth of God’s Love

Pope Benedict XVI explains that we must accept the truth of God’s love. This is the mystery which has been revealed to us.

Is Jesus the King of Your Life?

We have to ask ourselves if we really consider Jesus to be king of our whole lives. We must go beyond Sunday morning Mass and make Jesus king of every moment of every day.

The Book of Daniel was written during dark times, as was the Book of Revelation. Persecution was fierce. But Jesus brings us liberation through his kingship.

It is my hope and prayer that each of you can joyfully say: “With Jesus, I too am a king”. I too reign: as a living sign of the love of God, of his compassion and his tenderness

More Themes and Thoughts for Christ the King Year B

In the Gospel, Pilate judges Jesus according to the standards of the world. How often do we judge people? It is often in the silence of our hearts, but it is there. We look at their clothes, their status, and their actions. Our judgement of others can reveal what we think is important.

When Pilate thinks of kingship, he is thinking of human kings. When the Isrealites asked God for a king, he warned them that a king would do nothing but take from them:

The governance of the king who will rule you will be as follows: He will take your sons and assign them to his chariots and horses, and they will run before his chariot. He will appoint from among them his commanders of thousands and of hundreds. He will make them do his plowing and harvesting and produce his weapons of war and chariotry. He will use your daughters as perfumers, cooks, and bakers. He will take your best fields, vineyards, and olive groves, and give them to his servants. He will tithe your crops and grape harvests to give to his officials and his servants. He will take your male and female slaves, as well as your best oxen and donkeys, and use them to do his work. He will also tithe your flocks. As for you, you will become his slaves.

This is what people expect of a king. They know they will have to give up much, but they think it is worth it. A king brings power to a nation and security.

But this is not the type of kingship which Jesus brings. In his kingdom, the king gives rather than takes. By washing the feet of his disciples at the Last Supper, he shows that being a king means being a servant. This is the complete opposite of a worldly king, who only seeks to be served.

Worldly kings rule by giving generously to those who please them and punishing those who do not. They earn respect through fear and grand gestures. This is how they hold on to power. They only meet the needs of their people when they feel secure in their positions.

Jesus does not manipulate us through greed and fear. Instead he preaches the truth. Christ the King does not need human respect. He is a model of humility. Imagine how free we could be if we were more like him. Our only motivation would be to please the Father. We would be motivated by our relationship with God.

Questions for the Solemnity of Christ the King Year B

Some questions we can ask: